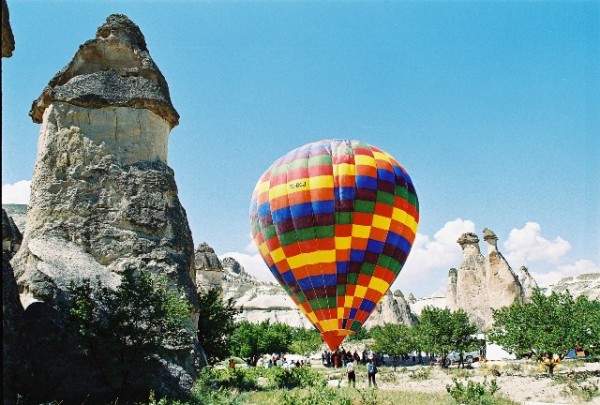 Goreme Cappadocia, which hides among fairy chimneys, is the heart of Cappadocia. First period settlement within the region reaches to Roman period from Christianity. Ortahane, Durmus Kadir, Yusuf Koc and Bezirhane churches in Göreme, houses and shafts engraved from rocks till to Uzundere, Bağıldere and Zemi Valley carries the mystical side of history today.

Valleys, composed of tuff rocks between Göreme Valley and Aktepe, are known as Büyük and Küçük Kılıçlar. There is Kılıçlar Church within the valley, which has an impressive appearance with tunnels, fairy chimneys in which water ways are passing by and interesting shaped rocks.

Goreme is a wide open air museum, which is under protection with Fairy Chimneys and lots of very interesting churches. The region was one of the most important centers of Christianity.

Cappadocian region is the place where the nature and history come together with most beautiful scene in the world. While geographic events are forming Peribacaları (fairy chimneys), during the historical period, humans had carried the signs of thousand years old civilizations with carving houses and churches within these earth pillars and decorating them with frisks.